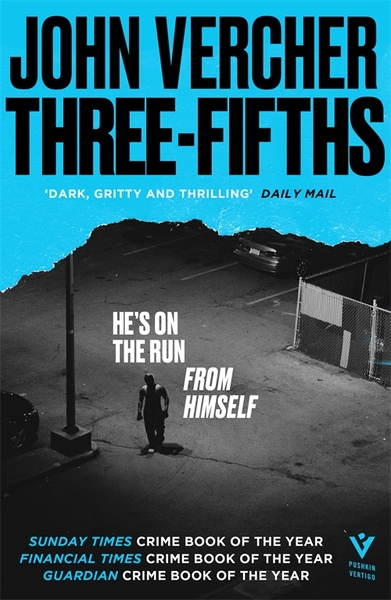 CRIME/NOIR  |  Pittsburgh, 1995. Twenty-two-year-old Bobby Saraceno is a biracial black man, passing for white. Bobby has hidden his identity from everyone, even his best friend and fellow comic-book geek, Aaron, who just returned from prison a newly radicalized white supremacist. During the night of their reunion, Bobby witnesses Aaron mercilessly assault a young black man with a brick. In the wake of this horrifying act of violence, Bobby must conceal his unwitting involvement in the crime from the police, as well as battle his own personal demons.
Three-Fifths is a harrowing story about racism and brutality that is more urgent now than ever.

A NOIR PICK from the curated selection of monthly titles in The English Bookshop’s Book of the Month line-up.

THE ENGLISH BOOKSHOP. The Book Lover's Paradise. One of the few, all-English bookshops in Scandinavia.